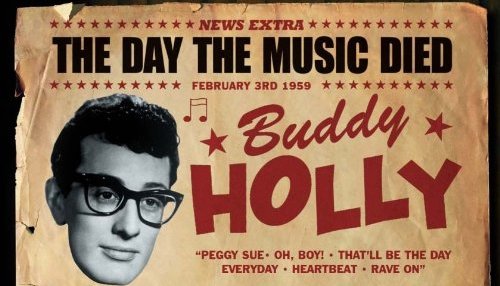 On February 3rd 1959 three icons of rock and roll died tragically in a plane crash. The newspapers reported it as “The Day the Music Died”. Years later Don McLean memorialized the event in song. The popular belief on that day in 1959 was that with such a huge blow to R&R the genre was permanently crippled. It was an emotional theory that was obviously very wrong.

Today Morgan Stanley announced their withdrawal from the traditional advisor recruiting practices. UBS has already made a similar announcement. Merrill has strategically reset their target candidate and their deal offering.

The recruiting landscape, at three of the big four, is completely different today than it was last year. Reporters and pundits are declaring recruiting deals are over. But, just like the ill fated predictions of 1959 nothing could be further from the truth.

Let’s review a similar event from 1994 that can give insight. Dan Tully, then Chairman of Merrill Lynch, was charged with leading a commission to review compensation practices on Wall Street.

One of the key observations of that committee was that recruiting deals might create an unethical inducement for advisors to change firms without full consideration of their client’s best interests. Not long after the report was made public Sandy Weil, Chairman of Travelers Group which owned Smith Barney, and Dan Tully both instructed their respective management groups to fully discontinue financial incentives as part of recruitment.

In effect Smith Barney and Merrill left the recruiting business! The two largest firms by advisor count and AUM just stopped recruiting. The headlines were darker than today’s. Recruiting, with incentive, in the financial advisor space was declared officially dead. There was just one person’s opinion they failed to consider.

Don Marron, Chairman and CEO of Paine Webber saw things differently. Don viewed the big two retrenchment as pure opportunity and he acted on it!

Paine Webber not only did not stop deals they made them more attractive. The results in a few short months were staggering. For the first time ever Paine Webber was taking the best and the brightest from everyone. It changed Paine Webber’s standing in the wirehouse space by every measure.

But, for purposes of this conversation, it did something more important. It reset the recruiting deal itself taking 35% up front deals all the way to the unheard of 50% up front. After less than six months on the sideline Smith Barney and Merrill had no choice but to return to recruiting with incentive and a deal to match the new Paine Webber offering! But for brief periods of lull, inspired by bear markets, we have never looked back.

So how does this history predict the future? Pretty clearly I think.

For the next several months Wells Fargo Advisors and Ameriprise will recruit the best and the brightest with top value offers. Raymond James and Stifel will continue to build market share with a strong offering coupled to their respective culture proposition. Merrill will work hard, and pay very well, to reset their demographic while attracting some of the fastest growing and most promising advisors with less than a decade in the business.

Then what? Odds favor a full industry return to recruiting with very attractive incentives. It is really not a question of if, just a question of when. Until then the advisors considering a move have some spectacular options with financial incentives that remain at or close to a historic high.

This article was originally posted on Linked In. Author Phil Waxelbaum of Willis Consulting.